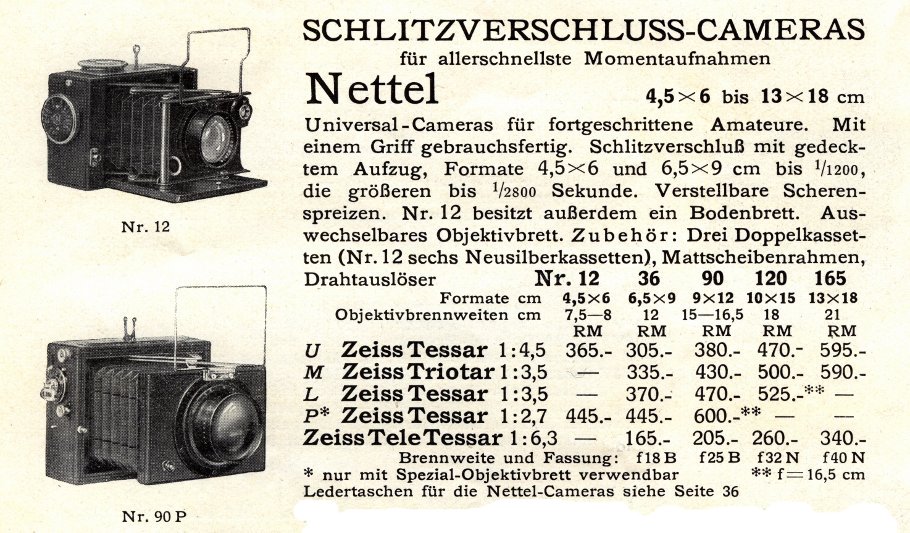 During its production/selling time as a Zeiss Ikon camera the Nettel changed from Bestellnummer.

The next table lists the original Bestellnummer starting in 1927 next to the newer one, late 1928/early 1929.